INDWF/Circular/015/2013                                               Date: 25.10.2013
To
All Affiliated Unions of INDWF
Indian National Defence Workers Federation continuously representing in various forums and also raised before Hon’ble Defence Minister on the pending issues of Defence Civilian employees.  Now on the following issues, decisions were taken by Ministry of Defence which are as follows.
1.  GRANTING OF 3rd MACP UNDER FINANCIAL UPGRADATION TO MCM AND CHARGEMAN
Master craftsman pay was upgraded to Rs.4200/- Grade Pay w.e.f. 01.01.2006 and was clarified by PC of A (Fys) that it was not considered as promotion and accordingly all these MCMs and re-designated Chargeman(T) were granted 3rd MACP on completion of 30 years of service to Rs.4600/-.  Subsequently DOP&T vide their letter dated 13.07.2012 and M of D vide their letter dated 23.07.2013 clarified that their upgradation was treated as promotion thereby denied the MACP – III and conveyed by PC of A (Fys), Kolkatta to recover the payment paid excess from Rs.4200/- to Rs.4600/- Grade Pay. This was strongly protested and represented by Indian National Defence Workers Federation to DOP&T, M of D and OFB to review the decision and grant Rs.4600/- Grade Pay.   The reduction of Grade Pay and recovery was stopped awaiting for the decision from DOP&T.  The recovery was stopped including the reversion from Rs.4600/- Grade Pay to Rs.4200/- Grade Pay in respect of serving employees.
Now, due to our efforts, DOP&T sent back the file to M of D on 14.10.2013 stating that if the MCM is not the feeder grade to Chargeman for promotion as per the existing Recruitment Rules, it may be confirmed and if so the employees completed 30 years can be considered for granting 3rd MACP to Rs.4600/-.  Now M of D had made out the proposal in conformity with SRO that MCM is not the feeder grade to Chargeman and only HS I is the feeder grade and the file was sent to M of D (Finance) for their acceptance and after obtaining clearance from M of D (Defence Finance), formal order will be issued by DOP&T revising its order dt 13.07.2013 and then all the MCMs granted Rs.4600/- under 3rd MACP will be allowed is continue.
This is a major achievement for Indian National Defence Workers Federation in succeeding to get this issue resolved with going to Court.  This will benefit existing employees and the retired employees who got the benefit of 3rd MACP Rs.4600/-.

2.  ENTITLEMENT OF 30 DAYS EL IRRESPECTIVE OF OPTION IN RESPECT OF PIECE WORKERS OF ORDNANCE FACTORIES
Piece Workers are denied 30 days EL and were granted only 18 days in a year whereas 30 days EL was granted to all Industrial Employees in defence vide the agreement reached between Government of India and Staff side National Council JCM reached signed on 11.09.1997.   Since, the Piece workers have opted leave under Factories Act, 1948, they are denied the benefit of 30 days.
The issue was discussed at JCM III, II and with DOP&T by Indian National Defence Workers Federation and a proposal was sent to DOP&T through M of D, that one set of Leave Rules (Departmental Leave Rules) is acceptable for all employees and therefore, the Leave Rules under Factories Act, 1948 is to be ignored and the benefit of Leave Rules under Departmental Leave rules be granted to all Industrial Employees in Ordnance Factories.
The above proposal was agreed by M of D, Department of Defence Production to DOP&T and the same was agreed.  Accordingly, Department of Defence Production D(Estt/NG) vide their letter No. I.D.No.8/IR/08/D(Fy-II)                                   dt 25.09.2013/04.10.2013 issued clarification to Ordnance Factory board that all  the employees are now eligible as per the agreement and as per clarification issued by Ministry of Labour for 30 days.  OFB with the approval of PC of A (Fys), Kolkatta is issuing instructions to all Ordnance Factories within 3 days granting 30 days EL which Indian National Defence Workers Federation demanded that the benefit to be granted with retrospective effect i.e. from the date of granting 30 days EL (11.09.1997 agreement).
This is an important achievement of Indian National Defence Workers Federation by which thousands of retired employees will get the benefit of 12 days in a year for encashment.  This may be communicated to the retired employees also.

3.  GRANT EOF EX-GRATIA LUMPSUM COMPENSATION TO THE FAMILY MEMBERS OF THE DECEASED EMPLOYEES OF ORDNANCE FACTORY ORGANISATION IN CASE FO DEATHA DUE TO ACCIDENTS WHILE ON DUTY.
All Civilian employees of Government of India are entitled for grant of Ex-gratia lump-sum compensation for an amount of Rs.10,00,000/- as per the provisions contained in Para 07 of DOP & W OM No.45/55/97-P & PW(C) dt 11.09.1998 read with para 11 of DOP & PW OM No.38/37/08-P & PW(A) dated 02.09.2008.  There are many employees expired due to accidents in Ordnance Factories has been seriously represented by Indian National Defence Workers Federation President     Shri Ashok Singh also written number of letters to Hon’ble Defence Minister to grant the Ex-gratia Rs.10 lakhs to the affected families though they have been provided employment assistance out of turn.
Now we are pleased to inform that Ministry of Defence, Department of Defence Production vide their letter no.444/IE/05/D/(Fy-II) dt 18.10.2013 issued sanction to Ordnance Factory Board for 30 cases with a total amount of Rs.3 Crores for disbursement immediately to the families of deceased employees.  This will be in respect of Ordnance Factory Bhandara, Cordite Factory Aruvankadu, Ammunition Factory Khadki, Ordnance Factory Khamaria, Ordnance Factory Itarsi and other factories where accidents have taken place.  This is a great achievement.
Read more »
Posted by INDWF at 11:49 PM No comments: Links to this post


Posted by INDWF at 2:12 PM No comments: Links to this post

To
All Affiliated Unions of INDWF 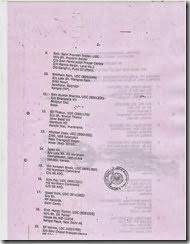 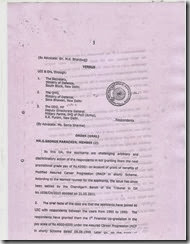 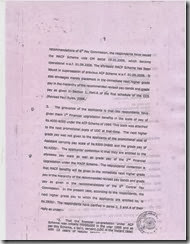 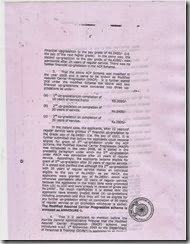 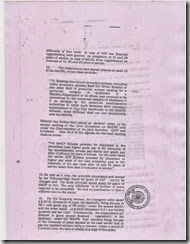 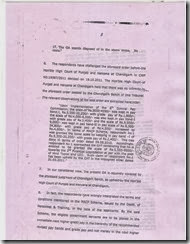 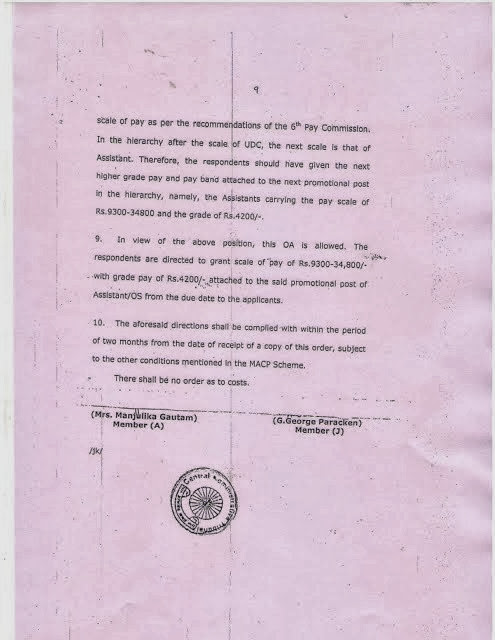 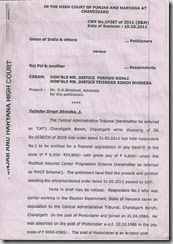 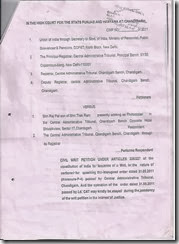 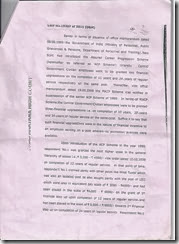 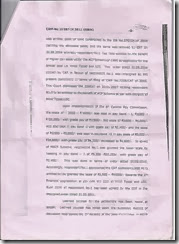 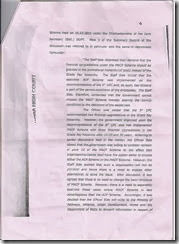 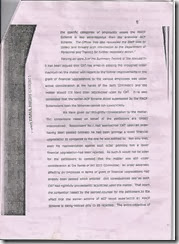 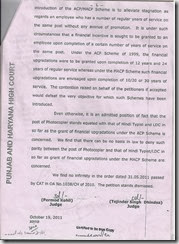 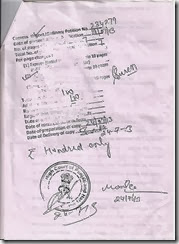 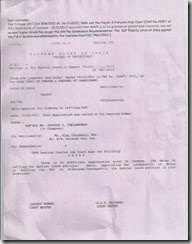 Posted by INDWF at 8:45 PM No comments: Links to this post 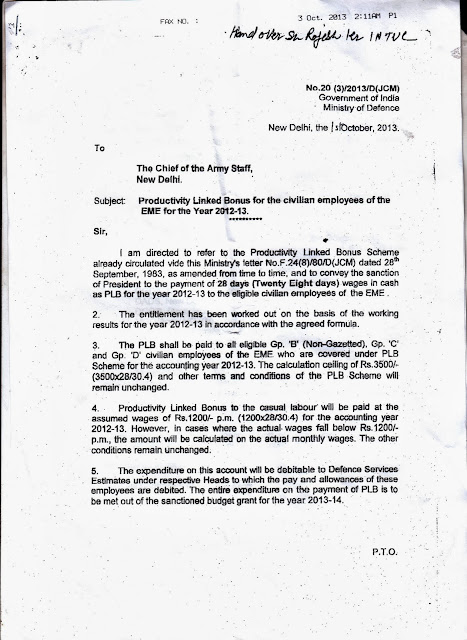 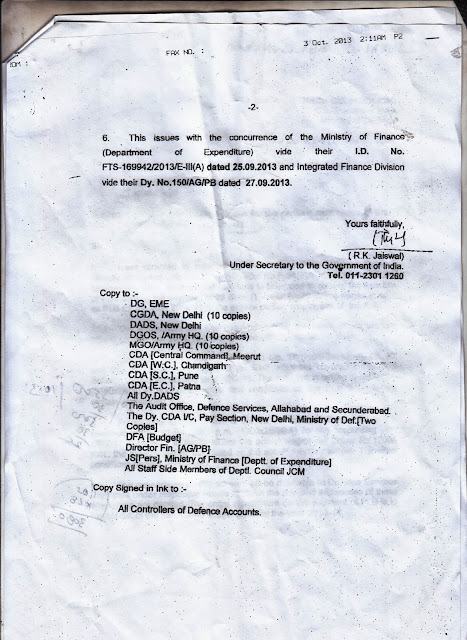 Posted by INDWF at 8:41 PM No comments: Links to this post 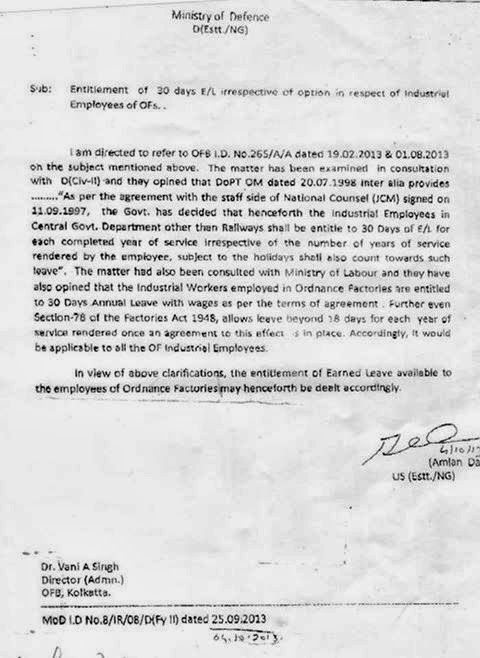 Posted by INDWF at 8:30 PM No comments: Links to this post

Due to this upgradation of Pay scales/Grade Pay and introduction of MACP.  Sr. Nursing staff granted I ACP prior to 01.01.2006 is drawing less pay than their Juniors when both are granted 2nd MACP.
One Additional increment is to be granted to Seniors which was agreed to consider.
h)  GRANTING OF HRA WHEN QUARTER NOT PROVIDED/VACATED
Court Judgements cannot be universalised only Petitioners were granted HRA, CGDA clarified that Ministry of Finance OM No.F.2(37)-E-II(B)/64 dt 27.11.2965 para 7 of OM issued by M of F stipulates regulation of HRA in respect of Government  Servant owning house.
“Even in the case of organisation/stations in case of General Pool Accommodation, where Government Servants owning house and even those who shift to own house after acquiring the property as per procedure stipulated in Rule 18 CCS (Conduct) Rules may also be eligible to draw HRA as per the provisions prescribed by M of F.
i)    REVISION OF SPECIAL PAY TO STAFF BURSE WORKING IN OPERATION THEATRE.
IV CPC granted Rs.60/- per month for Staff Nurse working in Operation Theater.  It was doubled to Rs.120/- w.e.f. 01.08.1997 after V CPC.  In Railways vide Railway Board’s letter No.E(P&A)1-88/SP-1/MH-s dt 18.01.1990 and 25.1.1990.
Whereas the same has not being extended to the staff nurse working in Ordnance Factories/Ordnance Equipment’s Factories Hospitals which may be revised as under.
w.e.f. 01.08.1997     Rs.120/- per month
w.e.f. 01.09.2008     Rs.240/- per month
w.e.f 01.01.2011      Rs.300/- (By adding 25% DA on increase beyond 50%)
This was agreed and would be considered by M of D in consultation with Def (Finance).
j)    PROMOTION TO THE POST OF SUPERVISOR(NT) FROM LEADING HAND FIREMAN
Leading Hand fire has to pass the Supervisor Fire Course from the recognised from the recognised Fire Institutions. Since, limited seats are allotted to LHF and they are crossing 45 years of age they could not get the chance to go for training.  Ordnance Factories should arrange the course at OFIL, Ambajhari which is identified as Nodal Training Institute, for this training necessary infrastructure to be created for providing this training in the organisation.
This was agreed to consider so that departmental candidates more in number can avail this training.
NAVAL DIRECTORATE POINTS
a)  GRANTING 4 GRADE STRUCTURE TO AMMUNITION MECHANICS IN NHQ
4 Grade Structure was denied during re-structuring of Artisans w.e.f.20.05.2003 and from 01.01.2006 they are qualified Artisans.  It was represented by INDWF and was considered to take up.  No action/decision till date.
It was informed by NHQ official that the case was sent by NHQ to M of D and was re-submitted on 06.08.2013 to M of D(Fin) which will be expedited and granted.
b)  PAYMENT OF OVERTIME ALLOWNACE TO TECHNICAL SUPERVISORY STAFF UNDER SECTION 59 OF FACTORIES ACT.
Supervisory staffs in Ordnance Factories are paid Overtime Allowance under Section 59 of Factories Act but in Navy they are paid under 64 of Factories Act since many decades.  Parity was demanded.  This would be considered in consultation with DOP&T.
EME DIRECTORATE
a)     ENHANCEMENT OF DIRECT RECRUITMENT AGE FROM 25 TO 27
2 YEARS AT the level of Direct Recruitment needs to be enhanced in EME as the retirement age is increased to 60.  Also the Technical Qualification period studied should be included for enhancement.

m)  DELEGATION OF POWERS TO CWEs FOR MAKING MEDICAL RE-IMBURSEMENT EXPENSES.
E-IN-C’s Branch is proposing and submitting their proposal to make Chief Engineers as Head of Departments (HODs) and CWEs an Head of the Office by delegating powers to them to decide at their levels instead of referring to HQrs.
DRDO
n)   PAYMENT OF OVERTIME ARREARS ON REVISED PAY
It was agreed to pay 25% of arrears by this month, remaining will be paid after 3 months.
o)   DEPLOYMENT OF FIREMAN ON CONTRACT AT ITR BALASORE
At present in ITR, Balasore (DRDO) Fireman deployed on Contract which will be reduced by sanctioning the regular posts.


Posted by INDWF at 7:18 PM No comments: Links to this post