MODIFIED ASSURED CAREER PROGRESSION -DOPT ORDER
Government of lndiaMinistry of Personnel,
Public Grievances and Pensions(Department of Personnel and Training)North Block,
New Delhi, the 19th May, 2009
MODIFlED ASSURED CAREER PROGRESSION SCHEME (MACPS) FOR THECENTRAL GOVERNMENT CIVILIAN EMPLOYEES.
The Sixth Central Pay Commission in Para 6.1.15of its report, has recommendedModified Assured Career Progression Scheme(MACPS). As per the recommendations,financial upgradation will be available in the next higher grade pay whenever an employee has completed 12 years continuous service in the same grade. However, not more than two financial upgradations shall be given in the entire career, as was provided in the previous Scheme. The Scheme will also be available to all posts belonging to Group "A" whether isolated or not. However, organised Group "A" services will not be covered under the Scheme
2. The Government has considered the recommendations of the Sixth Central Pay Commission for introduction of a MACPS and has accepted the same with further modification to grant three financial upgradations under the MACPS at intervals of 10, 20 and 30 years of continuous regular service.
3. The Scheme would be known as "MODIFIED ASSURED CAREER PROGRESSION SCHEME (MACPS) FOR THE CENTRAL GOVERNMENT CIVILIAN EMPLOYEES. This Scheme is in supersession of previous ACP Scheme and clarifications issued there under and shall be applicable to all regularly appointed Group "A", "B", and "C" Central Government Civilian Employees except officers of the Organised Group "A" Service. The status of Group "D" employees would cease on their completion of prescribed training, as recommended by the Sixth Central Pay Commission and would be treated as Group "C" employees. Casual employees, including those granted 'temporary status' and employees appointed in the Government only on adhoc or contract basis shall not qualify for benefits under the aforesaid Scheme. The details of the MACP Scheme and conditions for grant of the financial upgradation under the Scheme are given in Annexure-l.
4. An Screening Committee shall be constituted in each Department to consider the case for grant of financial upgradations uhder the MACP Scheme. The Screening Committee shall consist of a Chairperson and two members. The members of the Committee shall comprise officers holding posts which are at least one level above the grade in which the MACP is to be considered and not below the rank of Under Secretary equivalent in the Government. The Chairperson should generally be a grade above the members of the Committee.
5. The recommendations of the Screening Committee shall be placed before the Secretary in cases where the Committee is constituted in the MinistrylDepartment or before the Head of the organisation/competent authority in other cases for approval.
6. ln order to prevent undue strain on the administrative machinery, the Screening Committee shall follow a time-schedule and meet twice in a financial year - preferably in the first week of January and first week of July of a year for advance processing of the cases maturing in that half. Accordingly, cases maturing during the first-half (April- September) of a particular financial year shall be taken up for consideration by the Screening Committee meeting in the first week of January. Similarly, the Screening Committee meeting in the first week of July of any financial year shall process the cases that would be maturing during the second-half (October-March) of the same financial year.
7. However, to make the MACP Scheme operational, the Cadre Controlling Authorities shall constitute the first Screening Committee within a month from the date of issue of these instructions to consider the cases maturing upto 30th June, 2009 for grant of benefits under the MACPS.
8. ln so far as persons serving in The lndian Audit and Accounts Departments are concerned, these orders issue after consultation with the Comptroller and Auditor General of lndia.
9. Any interpretation/clarification of doubt as to the scope and meaning of the provisions of the MACP Scheme shall be given by the Department of Personnel and Training (Establishment-D). The scheme would be operational w.e.f. 01.09.2008. ln other words, financial upgradations as per the provisions of the earlier ACP Scheme (of August, 1999) would be granted till 31.08.2008.
10. No stepping up of pay in the pay band or grade pay would be admissible with regard to junior getting more pay than the senior on account of pay fixation under MACP Scheme.11. It is clarified that no past cases would be re-opened. Further, while implementing the MACP Scheme, the differences in pay scales on account of grant of financial upgradation under the old ACP Scheme (of August 1999) and under the MACP Scheme within the same cadre shall not be construed as an anomaly.
S.JAINENDRKUMAR
Deputy Secretary to the Govt. Of lndia
To see the full details of the order ; http://persmin.gov.in/WriteData/CircularNotification/ScanDocument/35034_3_2008-Estt.(D).pdf
Posted by INDWF at 9:10 PM 4 comments: Links to this post 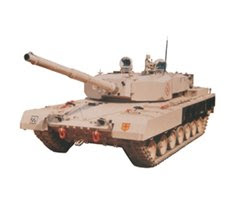 ALL OUR FEDERATION LEADERS,OFFICE BEARERS OF UNIONS AND MEMBERS OF OUR INDWF ORGANISATION !
HERE WE BRING YOU A GOOD NEWS!
OUR BELOVED LEADER SRI.R.SRINIVASAN,
GENERAL SECRETARY,
INDWF,
WANTS TO KEEP EVERYONE OF YOU INFORMED ABOUT THE LATEST DEVELOPMENT IN OUR ORGANISATION AS WELL AS OUR FEDERATION.
HENCE THIS BLOG HAS BEEN STARTED.
AT PRESENT OUR LEADER SRI . R.SRINIVASAN HAS GONE TO ATTEND THE SOUTH ZONE CO-ORDINATE COMMITTEE MEETING HELD AT ARVANKAD,OOTY.
AFTER HIS ARRIVAL TO THE HEAD QUARTERS ALL OTHER INFORMATIONS WILL BE PROVIDED.
THANK YOU
Posted by INDWF at 7:40 AM 2 comments: Links to this post